Since being named “Best New Chef” by Angeleno magazine in 2006 as the Executive Chef at Jer-ne at the Ritz-Carlton Marina Del Rey, Dakota Weiss has become tour-de-force in Los Angeles’ culinary community.

In 2011, Dakota appeared on Bravo’s “Top Chef Texas,” while that same year she joined forces with Alan Nathan of Choice Hospitality Group, who recruited Dakota to helm its W Los Angeles – Westwood restaurants NINETHIRTY and The Backyard. In 2013 she opened Dakota’s POP Parlor, her own brand of innovative gourmet popcorn—recognized by Food Network as one of the “Top 30 Popcorns to Try in America” and CBS Los Angeles as “Best Popcorn in LA.”

Most recently, Chef Weiss has been acting as the executive chef and partner of Sweetfin, a fast-casual concept serving California-spun Hawaiian soul food that opened in 2015 in Santa Monica and has been named by LA Weekly the Best Poké in LA in 2015, and again in 2016. Sweetfin currently operates 10 locations, making her one of the most commercially successful women-owned restaurateurs in Southern California. 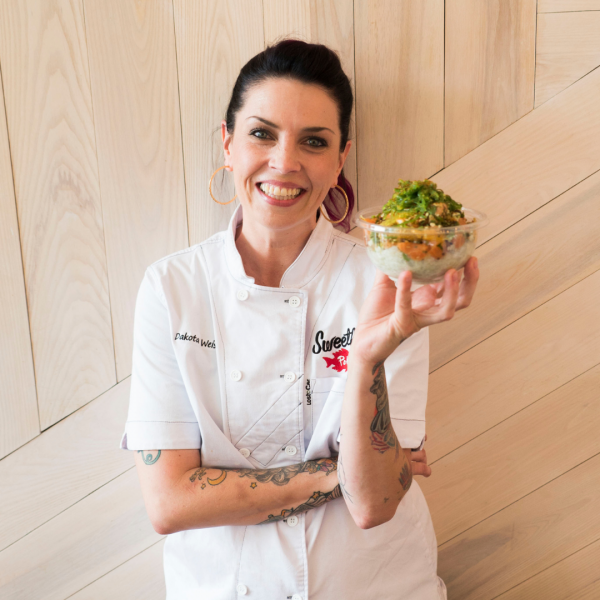