The 39 year old Mexican born Cetina draws his inspiration from the traditional flavors of Mexico with an obvious inclination towards the southern states, in particular the Yucatan Peninsula where he was born. With no formal culinary training, he learned to cook at his family's restaurant Chichen Itza in Los Angeles, working alongside his father for 10 years. He took over as chef of Chichen Itza in 2010 and in 2017 opened Holbox, a seafood stand that focuses on sustainable ingredients, bold flavors and simple preparations.

At Holbox you can sit at the counter and watch your food being prepared with the highest quality seafood available in southern California matched with the flavors of Mexico's different coastal regions.

Cetina's love of seafood began in his teen years spending the summers on the coast of Yucatan, diving for conch & octopus and spearing fish with his cousins. The flavors of ceviche prepared on the boat with the catch of the moment are what he aims to recreate at Holbox.

Holbox was recently honored with a Bib Gourmand recognition by The Michelin Guide, it was also recently featured in the USA & World editions of Truth, Love & Clean Cutlery “A guide to the world’s truly exemplary, organic, sustainable, and ethical restaurants”. Chichen Itza & Holbox have been the Los Angeles Times 101 Best Restaurants list and on other best of LA lists. 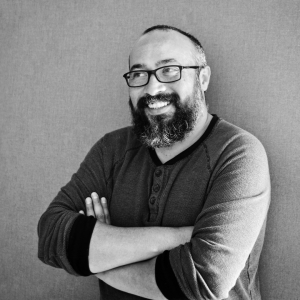